After a career as a singer working worldwide in international productions and numerous credits as a writer and producer of outstanding family adventure shows Stephen has settled in France where he has composed, recorded and released several successful albums of semi-classical relaxation music.

Stephen has just finished writing this memoir. His music career began as a founder of and singer with the UK band 'The Lower Third'.  When he decided to leave the band and develop his solo career his place as lead singer was taken by a young David Bowie. Stephen’s memoir/biography covers these early days and many other adventures over 50 years in the world of entertainment.

Profile of The Author

Life is  a series of bridges

Each one representing a new challenge

Every bridge you cross

Takes you to a new destination

And a deeper understanding of yourself 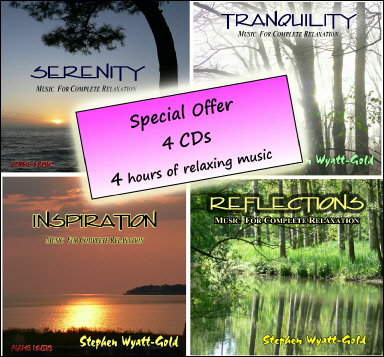 Charming 90 page book based on the author’s successful stage show version of the classic fantasy adventure. Includes song lyrics from the original musical.

Clic to view the full range of total relaxation music

Site under construction
Holding pages only